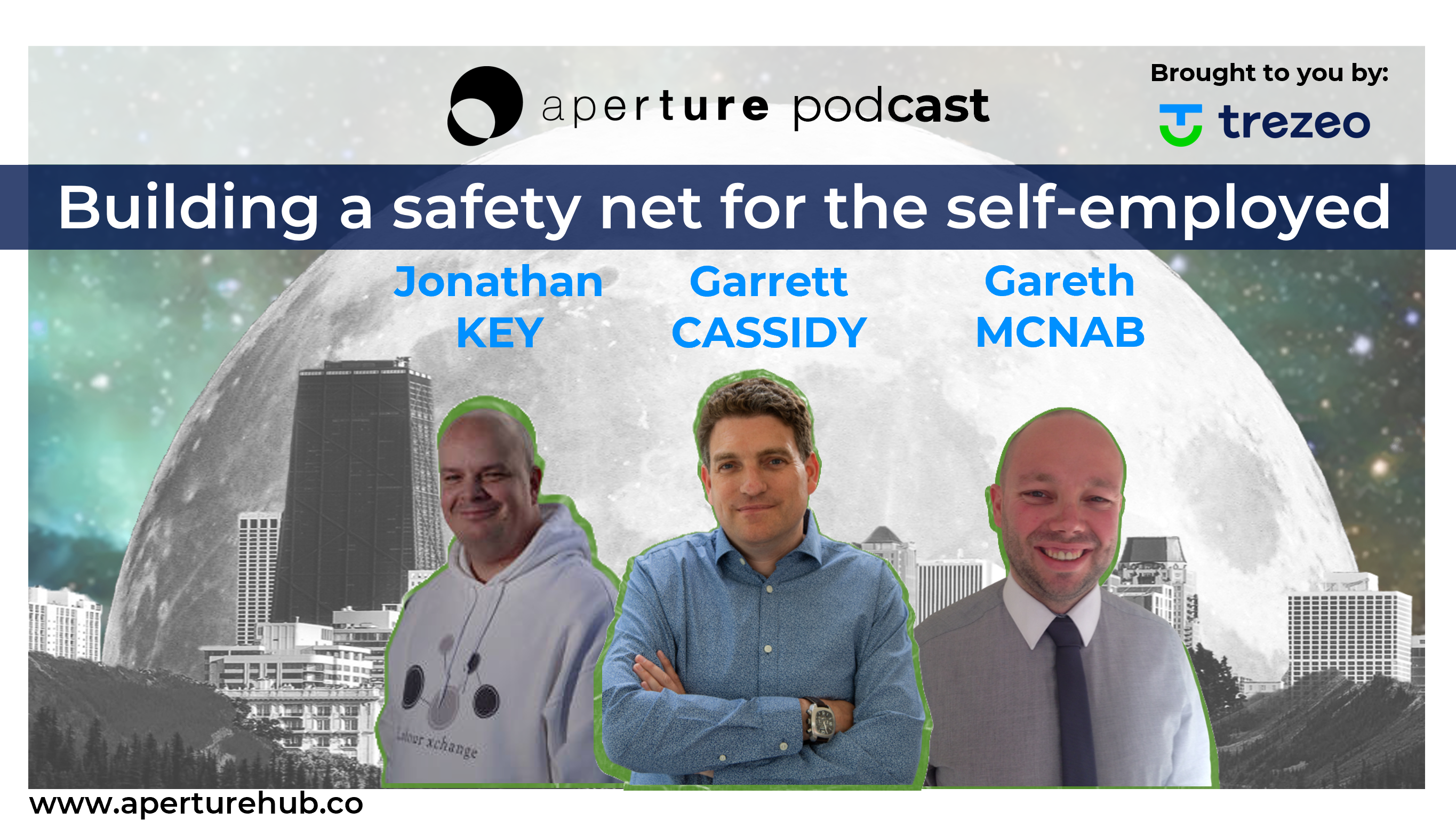 Earlier this week we announced a major partnership with Labour Xchange – a platform which matches blue collar workers and individuals with spare time to companies in need of extra resourcing – to provide, alongside Dinghy, a bundle of digital-age benefits – such as Income Smoothing and Personal Accident Insurance – that will create new safety net for the thousands of self-employed care workers using the Labour Xchange platform.

On the back of this announcement, our CEO Garrett Cassidy was invited on the Aperture Podcast, hosted by Ben Robinson, alongside Jonathan Key, CEO and Co-founder of Labour Xchange and Gareth McNab, Co-lead of Open Banking for Good, by Nationwide Building Society. Together they touched on important topics related to the future of work, such as how to marry flexible work with worker benefits and protection, the future of the platform economy (particularly the on-demand labour platforms) as well as how financial institutions can work with fintech startups to help the financially excluded or squeezed.

The main ideas discussed were:

The podcast is also available to be listened on Apple Podcasts, Spotify, Anchor.fm, Soundcloud, Stitcher and Tune In. You can also read the full transcript on Medium.

If you want to learn even more about the Labour Xchange platform, the story behind why it was created, the value proposition and why they partnered with Trezeo, watch this inspiring video interview of Jonathan Key, Labour Xchange CEO and Co-founder.

The Future of Work: Trezeo collaborates on second podcast with Aperture.